Revamping the Federal IT Ecosystem

This is the annual budget for the Federal Government IT department, or somewhere in that vicinity depending on the source. Some forecasts call for it to reach One Hundred and Forty Billion by the mid 2020’s. Wow.

Now consider the fact that the Fed has been utilizing technology for a very long time; every physical iteration of compute and storage, the full evolution of operating systems and database structures, as well as the many programming languages and code sets that have and may continue to exist. Reportedly, much of this historical perspective remains in actual use today within the Fed.

Imagine the complexity of environments and systems across this infrastructure. At an Enterprise level, we may occasionally deal with adding new physical locations, new systems, and absorbing acquisitions. By comparison, however, what we deal with in the Enterprise space is pretty simple.

The impacts of this complexity are enormous. Start with people, always the most important (and difficult) part of any entity.

It is hard enough to find competent, caring people with the right skill sets in current infrastructure and coding. Finding people with the knowledge to manage and maintain older environments and languages is extremely difficult as there is no incentive for people to learn these skill sets.

As those that possess the skills retire or leave the workforce, this will become more and more difficult with those remaining probably not deeply conversant and trained only to the minimum knowledge to keep things functioning.

From a physical standpoint, how do you maintain older equipment that is no longer being marketed? Where does one even find the 8” floppies that are reported to be in use still within the Fed?

In reality, however, this is probably the least of concerns.

The cost implications are very high. Staffing for a multitude of languages and infrastructure, and likely paying high dollars for those that still know how to repair and or maintain older physical environments has to be prohibitive.

What Is Needed Are Practitioners; CIO’s, CSO’s, Project Managers From Outside The Current Federal IT Infrastructure. Those That Live And Breathe In The Use Of Technology

With all of the disparate entities involved, cost savings based on volume purchases and or maintenance are out of reach and lost.

Security is an issue. From my perspective if you are more than two to three years behind the industry’s current state of infrastructure you are at high risk. I can’t begin to contemplate how one secures environments that are five to ten years (or more) old other than not allowing connections to the outside world and rigidly enforcing physical access constraints.

There is no point in the question of “How did we get to this state?” No one could have anticipated the rapid rate of change that would occur, nor the need (and benefit) to enforce some consistency across federal agencies and their IT environments.

The question is “Where do we go from here?”

The first, and most important step in my view, is to remove the influence of politics and those that live and play in that arena. From the exposure I’ve had, the political world has a very poor understanding of these issues, other than knowing that there are problems. Congressional interns and aides will not solve this problem, nor will any amount of regulations they may promulgate.

Forming a commission or other entity of tech company leaders is not the answer either. There are too many vested interests at play in that scenario, and those interests will inevitably get in the way of arriving at the correct path.

I also suspect that change from within is likely to be difficult, not due to political influences alone, but simply because of the nature of such large organizations.

What is needed are practitioners; CIO’s, CSO’s, Project Managers from outside the current federal IT infrastructure. Those that live and breathe in the use of technology to support for profit organizations on a day to day basis, with no vested interest in any one technical solution.

Such people could assess the top line state of the various organizations, scoring them from the standpoint of risk, accessibility and data governance, and from this ranking began to establish the priority of each organization.

Having consistency in the underlying infrastructure is key, and brings savings and efficiencies that are impossible to contemplate in the current state.

What we should all contemplate is the irony; we lead in industry technology in so many ways, we have, as a nation, been the birthplace of so many disruptive and forward thinking tech companies, yet we have a federal technology infrastructure that is far from being a representative of this.

We can let things continue as they are, or we can confront the issues and do something about it. This problem will take more than one administration to resolve, and the need to fix it should be apolitical.

Unfortunately it will take a politician who really “gets it” to make this happen, and when it relates to technology, I haven’t yet become aware of such a person. 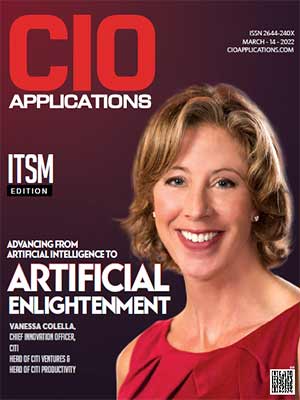 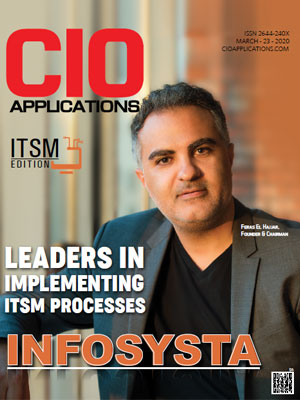